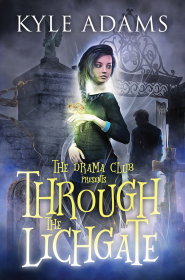 It’s a balancing act, but hey, the dead don’t raise themselves. Right?

Thana’s act is turned on its head when a new breed of monster shows up. He’s got necromantic powers and secrets she’s never seen before, but he’s not after the power of the gate. He knows Thana’s name, and he’s coming for her.

Available on Amazon and Audible! 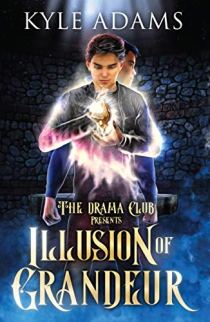 High-schooler Pierre Chastain, surly hobbyist and shady dealer, secretly holds the power of illusions. With it, he controls perception and bends reality to his will. He is a god among men, or at least he was until he discovered he was not alone.

The girl who can animate the dead was only the first to appear. Many more magic-users of all types reveal themselves–illusionists, summoners, kids who can see the future, and entire agencies with nefarious goals. They all seek to exploit Pierre’s talents in their schemes. Little do they know he has schemes of his own.

Pierre only has one chance to break free from these meddlesome jerks, a dangerous magic heist that could help him ascend to godhood– but it requires betraying everyone who cares about him.

Available on Amazon and Audible!

The apocalypse has a lot less fire and brimstone than expected… and a lot more gambling. The devil games have begun. The final generation of humanity wields power from angels and demons to throw down in sports games, trickster challenges, and all-out brawls.

Cal MacArthur thrives in this apocalypse, risking bits of his soul against classmates for whatever they’ll wager. Part of him longs to rise above these unholy games, but they draw him in like a moth to hellfire. Oh well. As long as Cal never loses, he won’t get burned.

But the stakes soon ramp up, and Cal wagers a long game against the thralls of Lucifer himself. For once, he fights for a righteous cause. But this might be the one game he can’t win…

Available on Amazon digitally and in print!

1. Monster Under My Bed

Roger Whitt has a monster under his bed. The creature is imaginary, but that doesn’t make it any less dangerous.

Gifted with a childlike mind, Roger meets monsters in closets, shadows, and rainstorms. He takes down any monster that haunts the children at his daycare, and feeds them to his own personal monster at home. A sweet deal, for everyone involved.

But it’s been a while since Roger has found a meal, and the monster under his bed isn’t picky. Imagination can be a scary thing, especially when it comes with a mouthful of teeth.

Available on Amazon, and free on iBooks and Barnes & Noble!

2. Monster In My Closet 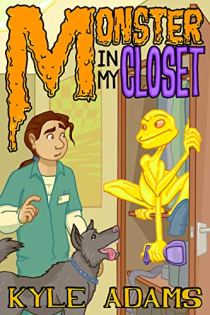 Roger Whitt has an monster in his closet. And one under his bed. If he didn’t know better, he’d call them both friends.

Lately, Roger has been attacked nonstop by imaginary monsters. He’s dealt with these things before, but he can’t protect everyone, and the monsters are striking closer and closer to home.

If Roger can’t find some new allies, he might lose his home and friends to what lurks in the dark.

3. Monster In My Head

Roger Whitt has had a bad day.

Imaginary monsters have invaded his workplace, leaving him wrung out and at odds with his coworkers. None of them understand, and the monsters who live with Roger aren’t much help either. They keep talking about come ‘coronation’ that Roger must attend, a gathering inside the realm of nightmares.

Before the day is out, Roger will either have to face the monsters inside his head or become one himself.

Sequels and other books to come!